I was wearing my ‘dementia’ outfit during the training Touch for Care in dementia care™ in care facility Laurens De Oudelandse Hof. The basic for this outfit is made with the Alzheimer’s Socks 2 years ago. The two different socks symbolize the confusion faced by Alzheimer’s patients daily. The black and white sock is designed by Frans Molenaar, who suffered themselves to Alzheimer’s. The Blue one by Mart Visser. The sale supports research into Alzheimer’s.

Last December I received #pinksocks from Ignar Rip Alzheimerhappiness.com. The socks are worldwide a symbol for the fact that the wearer is setting Patients,or better said, Humans central in Care! If we do that everyone becomes happy, the person who receives the Care and the staff who provide the Care. I am honored to be part of this international #pinksocks tribe, it connects me with an amazing group of people thinking as I do. Supporting and learning from each other and help to achieve this goal. And yes … also a very nice, coloring and powerful addition to my outfit with Alzheimer’s Socks.
A combination that gives me warmer feet and stand out even more to draw attention to my work spreading more loving kindness en the power of human Touch in Dementia Care. With such deviant outfit you always claim attention!
I tried to contribute two different shoes, but my low back didn’t like that so much. Until I remembered that I had two different pairs of slippers of the same mark in black and white. By matching the black and white Alzheimers sock my outfit was complete! I get questions and comments like “You look cheerful as, Why do you wear this?“. Always nice conversations.

A resident with a friend came out of the elevator saying, “Oh my god You are looking awesome great!“ Later when I left them I heard them saying. That’s the Touchlady, you know the one of the touch lesson she gave to family members. Those words touched me deeply.

On a day of class I am walking around all day, and often return to the classroom. This day every time I passed the same resident, he looked intently at my legs. The first time his eyes were wide open in surprise. As I got more over, he looked even more attentively. At the end of the day I stopped to have a chat with him. He looked pretty quickly away from me staring again at my legs. I asked him what he was looking for. As he stared, he said, there is something with your legs, but I’m not sure what. I asked if he wanted to look a little longer. Yes, he wanted to, they are so nice he said. I asked him what he liked so much. He did not know and said “just beautiful … but there is more….‘. Silent and deep in thought, he continued to watch. I said nothing and took all the time he needed.
It remained silent while he kept staring down. After a while he looked up with a smile and suddenly said: “If your black slipper had a white sole then it’s perfect!“ I stared down with him and had to think about what he meant. Then I saw it and gave him a compliment about his mindfulness. Told him he was absolutely right and that I would try to find a black slipper with a white sole. I said goodbye to him and thanked him again for his remarkable gaze. He smiled as I walked away.

Touched by the power of observation of this man with his ruined brain I walked back to the classroom. Wondering how people still think that you can’t have equivalent contact if memory does not work so well, and the speech is affected. Just a moment of silence, giving space and time he/she needs. Allowing them to react to what they see and what you say. You just adjust to the pace and the perception of the other. Not forcing them to follow yours…

People with dementia are still human beings, unfortunately, with a serious brain illness but they are not their illness. Or a “demented or senile‘ as they are often called. So important that we meet them on an equal level from human to human. If you do I’m very sure you have nice meetings and hearing things you never ever were expecting to hear. Give it a try …. you will not be disappointed!

PS: if someone has a black slipper of the brand Walky with white soles in size 38 or 39 then let me know 🙂 I can go back to this man looking forward to seeing a happy smile on his face 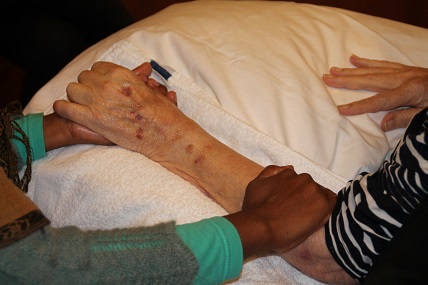 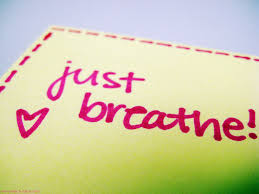 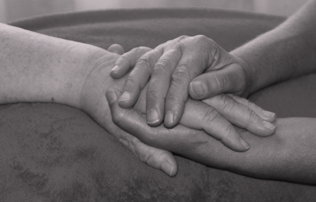 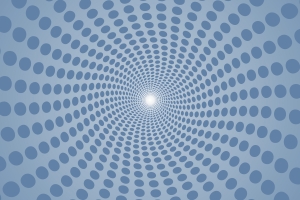 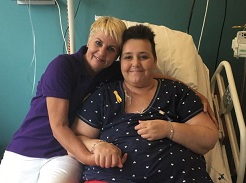